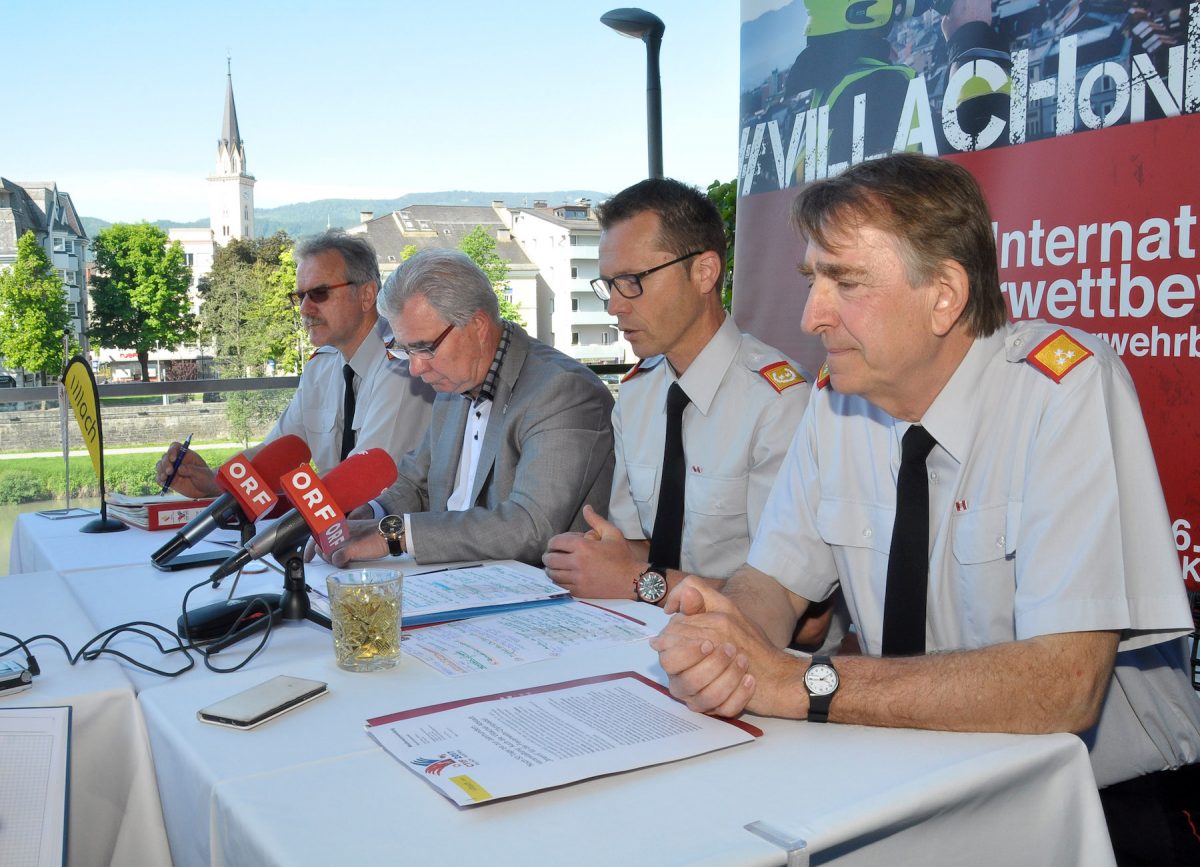 “238 fire brigade teams from 30 countries have already registered nearly 3000 participants, 800 of which are young firefighters. We can look forward to a record number of participants. Several thousand fans, who will accompany their ‘stars’, are also expected to visit the city of Villach”, adds state fire brigade commander Ing. Rudolf Robin. According to Robin, the organisational committee, as well as numerous employees and helpers, have been working hard to prepare the largest fire brigade festival Austria has ever seen. “We not only want to be the perfect host for the many athletes who are coming, but also ensure that our many fans and those accompanying them will have an unforgettable time in Villach and Carinthia!”

Special Bonus: Of course admission will be free for all “Firefighter Olympics” competitions and events in the Lind Stadium and the old town.

“In addition to traditional competitions such as fire-fighting and obstacle races that will take place in Villach’s Lind sport stadium, the city took the initiative and came up with a special location for the spectacular hook ladder climbing competition” explains Robin: In the middle of Villach’s old city, right in front of the historical façade of the former Parkhotel, the bravest athletes will climb up a 12-metre high wall on Saturday 15th July. Town Councillor Harald Sobe: “We will set up an arena with bleachers to accommodate nearly 3000 visitors for the hook ladder climbing competition by the Parkhotel taking the without a doubt the most spectacular competition right into the downtown for the first time in the history of international fire brigade competitions!” 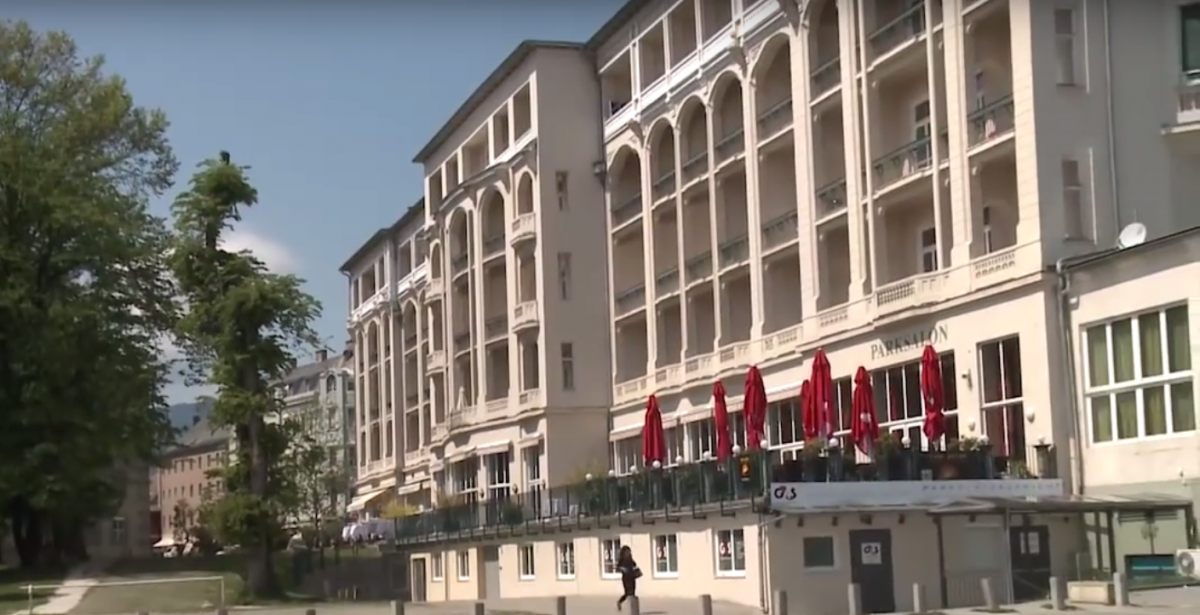 Accompanying programme in the old town: exciting, spectacular and plenty of music!

Villach’s old town is literally “heating up” for the Olympics: At the initiative of Mayor Günther Albel, the city has put together a comprehensive, spectacular accompanying programme that will bring people together right in the downtown with action, music not to mention interesting facts about fire brigades – the thousands of visitors to the fire brigade competitions can look forward to an unforgettable experience. Sobe: “Villach’s old town will be transformed into a stage: a Red Bull Formula 1 racing car on the main square will be presented for the first time in Carinthia as a special highlight!” Food establishments in the old town will provide culinary highlights!

More planned: a casual fashion show in partnership with companies in the old town on the Rathausplatz stage or live musical performances, for example, by Saso Avsenik and his Oberkrainers as well as numerous party bands. But that’s not all: In addition to skydivers from the Austrian armed forces to open the competitions, the world famous Red Bull SkyDive Team will put on their wing suits to perform a spectacular show jump in Lind Stadium for the closing ceremony. One of the world’s best Red Bull mountain bike trail riders, Tom Öhler, has also announced a visit to our old city where will perform his tricks on two wheels on the Europaplatz in front of the Congress Center. All party enthusiasts will also find entertaining, spicy rhythms during a disco night in the Congress Center as well as the “toughest firefighter challenge” on the Rathausplatz which will test firefighters to the fullest. “There has never been such a captivating, above all spectacular programme to bring people together in our old town. And our old town is really “heating up” for the firefighter Olympics”, explains Sobe. There will also be numerous product presentations by fire brigade outfitters with global coverage as well as a world premier of a new product that will be presented in Villach. 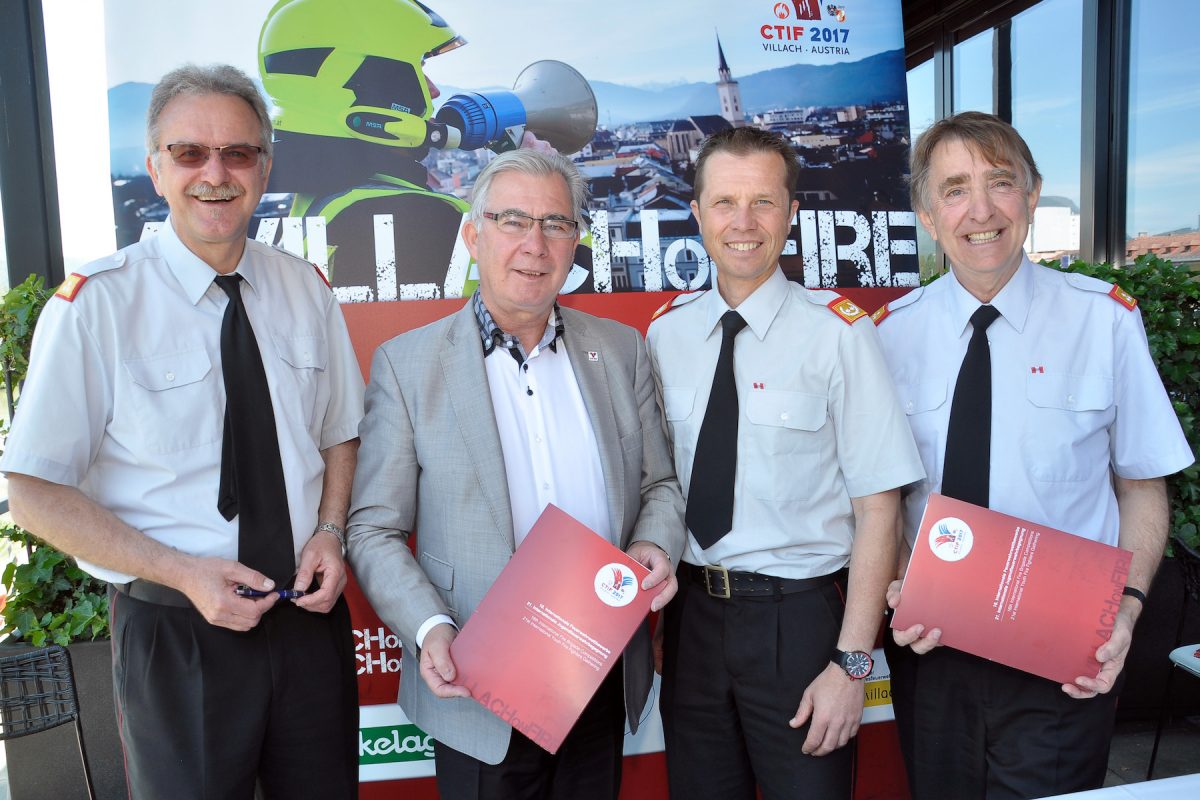 The international fire brigade youth will also convene in Villach and test their prowess at competitions on the sports grounds by the Dinzlpark in St. Martin. More than 800 young people will showcase their abilities at a wide range of competitions. A special highlight will also be the exhibition of the countries where 26 young groups will present themselves in specially designed cabins on Monday and Tuesday in the old town, on the Rathausplatz, Standesamtsplatz and Oberer Kirchenplatz.

The athletic programme in the Lind Stadium couldn’t be more varied and exciting: The first two days after arrival (Monday and Tuesday) are dedicated to training. “During this time, the competitors have the chance to familiarise themselves with the facilities and the conditions. The first day of the competition will be Wednesday, 12th of July”, explains Robin. The 100m obstacle race in the Lind Stadium is along the Tartan track. At the same time, the state fire brigade commander notes that the nearly 200 delegates from the International Fire Brigade Association (CTIF) will convene for the general assembly in the Congress Center. The evening of the same day marks the official opening of the international competition in the Lind Stadium. Federal President Dr. Alexander Van der Bellen has also announced that he will attend and open the 16th International Fire Brigade Competitions in Villach.

Then things will heat up on Thursday and Friday: In addition to the youth competitions and the fire-fighting competition in Lind Stadium, the 4×100 metre obstacle race will take place in the Lind Stadium. On Saturday, 16th July 2017, the spectacular hook ladder competition will be held on the outdoor grounds of the Villach Parkhotel before the closing ceremony brings this eventful fire brigade week to an end in the Lind Stadium.